For some animal activists of faith, it can be difficult to find a religious community that understands the need to lead the charge against animal abuse. It’s this need that inspires PETA’s Christian Outreach division, PETA LAMBS, and it’s why spiritual leaders and animal advocates have joined together to create the Compassion Consortium—an online community designed for those who care about animals.

Each month, a free online service will be held by interfaith ministers to address the interlinked problems facing humans, other animals, and the environment. People of all faiths, spiritualties, and species are welcome! Book and film clubs, fellowships, and free resources will be offered, in addition to the monthly services.

PETA Prime sat down with one of the founding members of this unique community, bestselling author, PETA Business Friend, and longtime animal activist Victoria Moran. Here’s what we learned:

What is the Compassion Consortium, and why was it founded?
Thanks for asking. We’re a new interfaith community designed to meet the spiritual needs of people who care about animals. For many people, the Consortium will be their spiritual home as well as a second home for those who are part of a religious faith but who are looking for a community that recognizes and celebrates their animal rights proclivities. We’re on Zoom only for now. Our second monthly service—complete with music, meditation, and prayer (for anyone who needs it—all species included) and featuring special guest speaker Gwenna Hunter, the founder of VegansOfLA and Vegans for Black Lives Matter, will be held on Sunday, May 23, at 4 p.m. ET. Register here!

Why is it important to have a religious community that is dedicated to animal rights and vegan living?
These are issues that all reasonable people need to face and address today. Religious bodies wrestle with all kinds of tough social issues. It’s no secret that they come to vastly different conclusions—but on animal rights, there is no conclusion because very few religious groups even look at animals and their suffering. This needs to change. As a recognized religious organization founded by two ordained interfaith ministers, an interfaith ministerial candidate, and one layperson (me), the Compassion Consortium will be able to bring these issues out into the open. In addition to this, vegans and animal advocates who want it deserve spiritual support and fellowship, which aren’t always available in other settings. 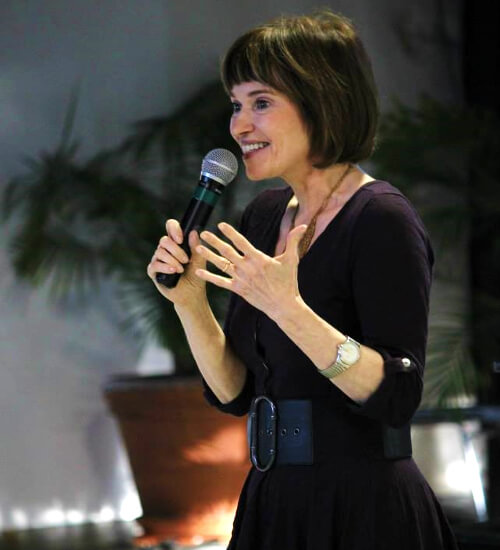 In your opinion, why should all people of faith show compassion to animals?

I believe everyone, whatever their worldview, needs to show this compassion, because the only difference between humans and other animals is that they have more innocence and less power. When it comes to people of faith, those following virtually any wisdom tradition are taught that the same Force created—and loves—all of us. It’s in all the religions of the world: In the Bible, Eden was vegan, and when God saw that Adam was alone, animals were created to be his friends, not his food. In Hinduism, Jainism, and Buddhism, the identical divine essence is seen as the true self of all sentient beings. Religious people of almost every stripe expect to be able to turn to God for solace and mercy. If we can offer these to someone else, no matter the species, we have the blessed opportunity to do what God does.

How did your spirituality influence your decision to become vegan and help others live compassionately?

I was lucky to be raised largely by a grandmother-aged nanny who taught me that animals mattered to God—and were supposed to matter to us. When I discovered yoga as a teen, I also learned about ahimsa as a spiritual precept and vegetarianism as an essential aspect of a spiritual life. I studied comparative religions in college and earned a fellowship to go to the U.K. and research vegan living from a spiritual perspective in the country where it began. I even believe that the “spiritual awakening” I had in a recovery program for overeaters was what made it possible for me to go vegan, after many fits and starts. At this point in time, with my vegan daughter grown up and the meaning of life seeming very meaningful indeed, I can’t think of anything more important than doing all I can to increase the kindness and decrease the suffering in this world. Animals have my heart, so animal rights is my primary focus. 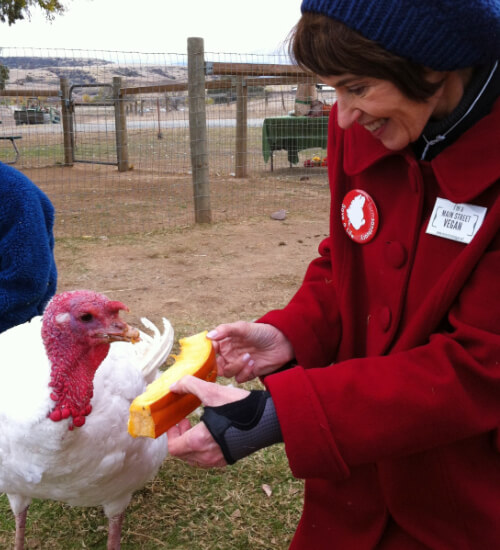 What advice do you have for someone who is trying to encourage their own religious community to advocate for animals?

First, remember that compassion is a foundational teaching of your faith, whatever faith that may be. Others may not extend this as widely as you do, but you can be an example of the fullness of these teachings in the way you live your life. Speak up for animals when you get the chance—or when you can make the chance. If nondairy creamer isn’t provided for after-service coffee, bring enough to go around—and vegan snacks, too! Be creative—you could offer to establish a vegan social group. Or teach a class in healthful eating (plant-exclusive, of course). Or plan a day trip to an animal sanctuary for a youth group. Let people know what you stand for. Answer questions if they ask, and give them enough room to find their way. You may not turn the congregation vegan overnight, but if you’re helpful and considerate, their opinion of animal advocates will be a positive one—and that’s a start to build on.

You’re also a published author, the host of the Main Street Vegan podcast, and the producer of a documentary about vegan spirituality, A Prayer for Compassion. What are you most excited to share about the Compassion Consortium with your readers, listeners, and viewers?

Oh, my gosh—so much is exciting! This is a novel experiment in unfettered love. We know that we’re providing a much-needed service for spiritual vegans, but we also want to be open to and accepting of all people who are drawn to animals and who don’t yet know that they can care and love even more. In a time when disagreement and acrimony seem to color so much human interaction, we want to offer a sweet solution. Let’s get together and make things better for the ones who never get in the arguments: the animals. Let’s let them teach us. Let’s grow together. Our time on Earth is short. Why not make life better for as many sentient beings as possible?