“We shall escape the absurdity of growing a whole chicken in order to eat the breast or wing, by growing these parts separately under a suitable medium.” – Winston Churchill

Almost 20 years ago, PETA President Ingrid Newkirk spoke to “The Godfather of In Vitro Meat,” the late Willem van Eelen, a Dutch researcher who, having witnessed the carnage of World War II, dreamed of creating meat that wasn’t a product of suffering. PETA has been supporting that quest ever since.

In 2008, PETA unveiled the idea to the public by offering $1 million for the first commercially viable in vitro chicken meat. The media went wild, consumer interest was piqued, and investors came forward. Today, even Bill Gates and Richard Branson are fueling the in vitro meat industry!

PETA chose the sum of $1 million because in the US, about 1 million chickens are killed for food every hour. And chickens – each an individual with unique preferences and emotions – are among the most abused animals in the world. They are packed into filthy sheds, unable to breathe fresh air or take more than a few steps in any direction, and they’re often still conscious when their throats are slit and they’re plunged into the scalding-hot water of the de-feathering tank at the slaughterhouse. In vitro meat means that people who can’t or won’t kick the meat habit can eat real animal flesh without causing real animals to suffer.

To help make van Eelen’s idea a reality, PETA funded the hiring of stem cell biologist Dr. Nicholas Genovese at the University of Missouri to conduct cultured-meat research. He later cofounded Memphis Meats, and his team has had breakthroughs that allowed in vitro meat to be grown from a single starter batch – without using animal-derived serum – so that no animals are harmed in the production process.

Not long after PETA announced the contest, researchers developed technology to produce in vitro pork and beef, and a method for making in vitro chicken soon followed. When Memphis Meats debuted the first laboratory-grown chicken meat in 2017, it fulfilled Winston Churchill’s 1932 prediction: “We shall escape the absurdity of growing a whole chicken in order to eat the breast or wing, by growing these parts separately under a suitable medium.” 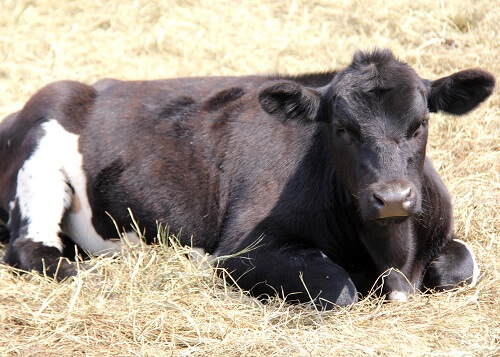 Now, recognizing the potential that PETA envisioned two decades ago, companies are racing to produce cultured meat: China signed a $300 million deal to import the technology from Israeli firms including SuperMeat and Meat the Future. Tokyo-based Integriculture Inc. announced that laboratory-grown foie gras could hit the shelves in just a few years, and Japanese high school students are even growing cultured meat at home, as part of the Shojinmeat Project.

People are hungry for a cruelty-free meat revolution: Surveys have found that more than 60% of consumers would buy and eat a cultured burger. Soon, meat-eaters will have no excuse not to make the kind choice. “Godfather” van Eelen would be pleased.

This article originally appears in our magazine, PETA Global. To begin your subscription, become a PETA member today!

Protests for dogs, opportunities for researchers and the public, and more.

Throughout history, women and animals have been denied basic rights and subjected to cruel, demeaning treatment. We must defend the...

Show Compassion for All with PETA LAMBS Bookmarks!

Help expose more people to the message of biblical compassion for animals by ordering these PETA LAMBS bookmarks today.

Spread the Message With PETA Checks!

Choose between colorful and compassionate check styles to support PETA, PETA Business Friends, and spread the word about animal rights...