Chad Zelensky, the founder and CEO of skincare company Lowen’s, recently sat down with PETA Prime to share his experiences with animal experimentation and explain why none of his company’s products are ever tested on animals. Here’s what he told us:

Why do you think it’s important to offer animal test–free personal-care products?

Not testing on animals has been part of my company’s values from the beginning, particularly because there are all kinds of simulation data available to leverage. I don’t agree with companies that test ingredients on animals, because any information from those tests is already available. There is little value in repeating them—particularly when you weigh the ethical costs.

I suppose that as a natural skincare company that uses so many unrefined, food-grade ingredients, it’s easier for us not to test on animals, but this complementary nature is by design. For more industrial ingredients, we only source those that have evidence to support that they weren’t tested on animals and that they hold true to our principle of “do no harm.” 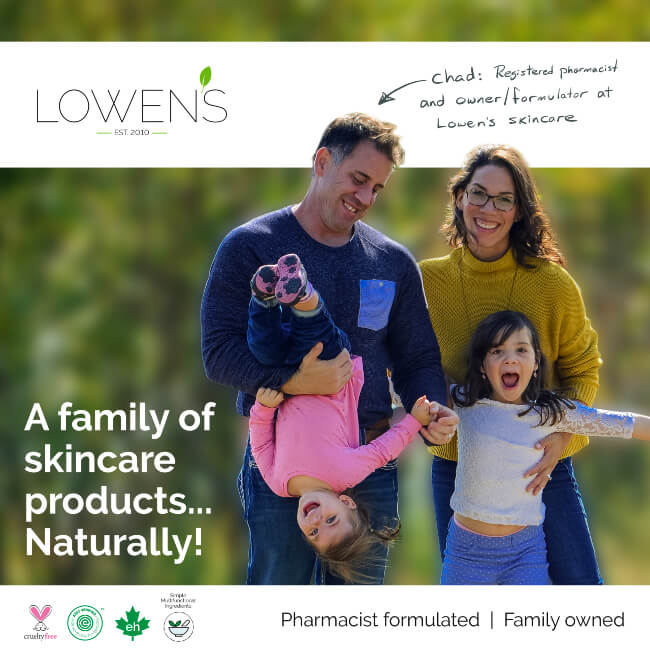 Why are you personally passionate about ending animal experimentation?

My undergrad degree is in pharmacy, and I learned a lot about animal clinical trials in drug testing that didn’t sit well with me. As I chose this industry as my vocation, I pushed that ethical quandary to the side, as much as I could. The real test came when I was working as a summer student on a clinical trial. The medication being tested was a very old antipsychotic that had been out of use for more than a decade. The intended purpose of the research was to see if the active metabolites of this drug could be used as a prodrug, with lower dosing and fewer side effects. While the science may have been interesting, was it necessary? Would this drug even be marketable?

A trial was built to test the medication on beagles—dogs who were specifically bred for drug testing. As a naïve student, I didn’t know this was done, nor to what extent. These were beautiful dogs.

I started to spend more time at the veterinary school, learning about their processes and getting to “know” the dogs. They were amazingly social animals and very friendly. This saddened me. My ultimate work entailed documenting the dogs’ reaction before, during, and after administration of the medication. A thin tube called a cannula was inserted into each dog’s vein. These tubes stayed in place so the technicians could take blood draws at pre-established intervals to track the metabolism of the medication.

The pivotal moment came shortly after the drug was administered through the tubes, as this method of delivery results in instant effects. The dogs were initially calm, roaming free in the observation area, sniffing around as dogs do. What happened after the antipsychotic kicked in still haunts me. The poor dogs went ballistic! While antipsychotics sedate humans, in this case, there was a paradoxical reaction for the beagles. They started showing a lot of aggression toward each other, began attacking and ripping the tubes out of other dogs’ veins! Blood was everywhere. I don’t recall how the technicians got things under control—I must have repressed that. Thankfully, not one of the dogs was killed. I took solace in that at the time. I continued to work with the postdoctoral student on the project, but my observation days were done. I thought about the dogs often and reflected on their existence and my own.

Eventually, the study came to an end and I asked what other drug trial was slated for the animals. That’s when I found out that all the beagles were to be euthanized so their brains could be examined for metabolites. This infuriated me, as the work established that the drug metabolite was not going to be viable for any market.

The whole thing was moot, and in my opinion, the costs were so much greater than the negligible scientific results produced.

How have consumers embraced your vegan options?

Unanimous positivity. I’m not sure how many people seek us out specifically for vegan personal-care products, but we hear all the time that it is a very important value-added feature. A lot of people come to us with complex skin conditions, or they’re seeking nontoxic industry alternatives, and knowing that “vegan” is a selling point inspires confidence.

What do you think will be the most exciting trend in the cruelty-free skincare market next year?

I’m not sure, but what I would like to see are more offerings that focus on overall environmental impacts. I don’t like plastic, and our oceans are riddled with the stuff—resulting in immeasurable death for all kinds of marine life. As Lowen’s reduces our use of and dependence on plastics—particularly single-use, such as shrink-wrapping—I’d love to see all players in the market do the same for everyone’s benefit.

How do you share your compassion for animals with those who aren’t so animal-friendly?

I hate bullies. As an individual and as a CEO, I feel it’s important to stand up for what is right and protect the vulnerable. I suppose I play to my audience. If I’m speaking to those in the medical industry, I like to debate the ethical challenges to animal testing and get people thinking. If I see someone abusing an animal, I’m far less cerebral and much more direct.

Any advice for someone wanting to start a cruelty-free business?

Vet your suppliers. While you aren’t testing on animals, what about the manufacturers of your ingredients? Know where and what your ingredients come from, and, of course, use those that are not in any way sourced from animals.