One day, pet stores around the world will stop breeding and selling animals because it’s a cruel and horrible industry. But until that day comes, those of us who love animals will hopefully continue to raise awareness of animal exploitation. We can speak up for animal welfare, and when it comes to adding a new nonhuman member to the family—adopt, don’t shop!

Pet stores acquire their most profitable animals from puppy and kitten mills, whose principal goal is making as much money as possible.

These mills are truly horrendous places that force animals to breed, maintain horrible living conditions, and abuse animals with many awful practices, including tail-docking and ear-cropping. Thousands of animals also die before they even reach the pet store because of the dreadful methods of transportation. When cats and dogs are purchased from pet stores, it directly funds these puppy and kitten mills.

Small local breeders, while they may treat their animals better, are still contributing to the problem of animal overpopulation, because every time a breeder animal is purchased (usually for an outrageous fee), a homeless or shelter animal could have been saved instead. Once breeders sell a puppy or kitten, they will simply replace him or her with another. It’s a never-ending cycle. There are thousands of unwanted dogs and cats who are desperate for a loving home, so there is no need to keep breeding them.

The good news is that awareness is being raised of the horrors of pet stores, and people are also making compassionate choices when it comes to welcoming a new animal into their home. The importance of spaying and neutering animals in order to control pet overpopulation is also being recognized more widely.

Cat and dog adopt-a-thons, spay-and-neuter clinics, and foster families are all crucial to this recognition. Equally important are the advocates speaking out to change current policies. 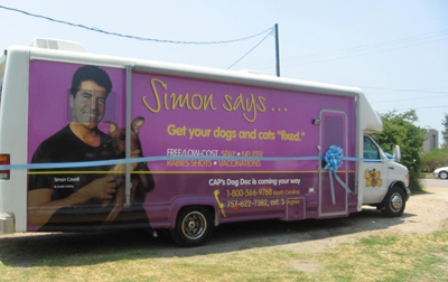 In my hometown of Toronto, it is now illegal to sell or purchase a cat or dog at a pet store unless the animal is homeless or from a shelter. Yes, you heard me correctly! It was a huge win for homeless cats and dogs around the city when this bylaw went into effect in September 2011, and I bet paws would have been “high-fiving” if the animals had known about this victory.

CTV News announced that “[p]uppies and kittens sold in Toronto pet stores must come from shelters, humane societies or rescue groups, city council decided on Wednesday. Council voted unanimously to institute the changes that aim to keep stores from selling animals from puppy or kitten mills.”

Even so, in 2012, I caught a pet store still selling $1,000 breeder kittens—but I’m happy to report that it was given a warning by the city and has since shut its doors forever.

This summer, my son Noah and I walked to a local pet supply retailer to get food and bedding for our own adopted furry family. 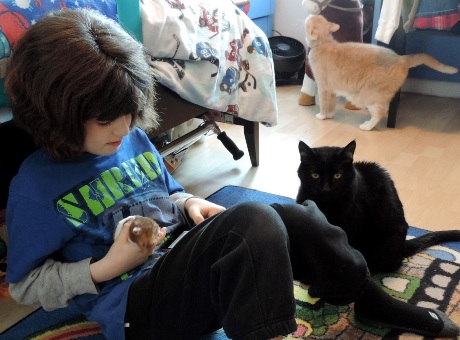 Cole, the “black panther” born on the streets of Hollywood, was my loyal companion for almost 18 years. (Sadly, he passed away in June.) Jasper, the orange feline lion, came to live with us when his mother had a litter of kittens under someone’s porch in downtown Toronto. He is 13 now and a happy member of our family. Noah and I also rescued two hamsters, Fluffy and Hope (the three-legged wonder who narrowly escaped being fed to a snake on Craigslist), and most recently, a guinea pig named Donkey.

As we were leaving the pet supply store that day, we saw an older cat up for adoption with the sign “Shelter Cat Needs a Home.” After discussion with staff members, I learned that the store had teamed up with an animal shelter to help stray cats and dogs who need homes.

Times are definitely changing for the better, and as more customers stop buying from pet stores, fewer and fewer animals will be forced to suffer needlessly. I will always speak out for animals and never give up hope that change is possible.