As a founding member of Long Island Orchestrating for Nature, I’ve made many memorable acquaintances with chickens, ducks, turkeys, and other rescued animals. But when my fiancée and I met an emaciated, balding hen who had been abandoned near a live-animal market in New York just before a snowstorm pummeled the city, we couldn’t resist her considerable charms. We adopted Harley, and for the time that she ruled our roost, our lives were changed for the better. 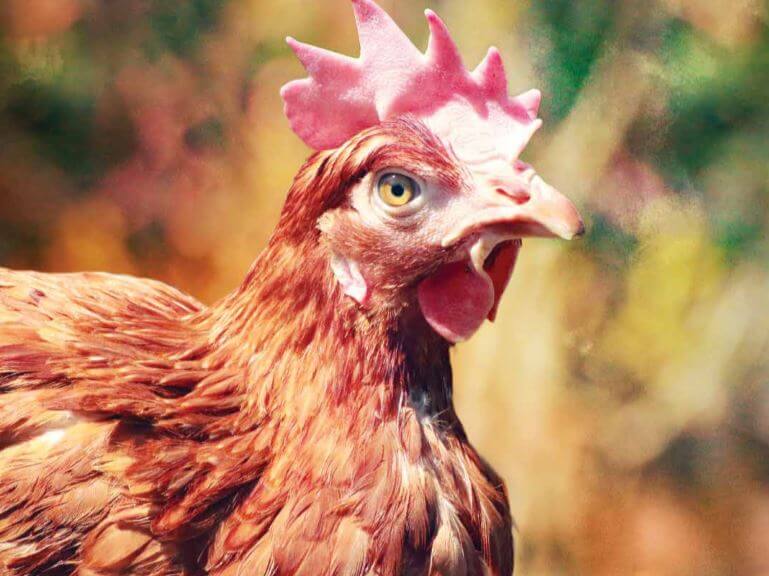 Harley wasn’t one of those rescued animals who is simply grateful and accommodating—she had attitude. Even though the tip of her beak had been cut off, she seemed to take real pleasure in pecking us—which led to a trip to my eye doctor—and so intimidated an adult male turkey six times her size that he flinched when he saw her coming. Yes, she became the grand dame, but she could also be endearing and sweet and enjoyed snuggling. Shoulders were her favorite perches, and when the doorbell rang, she was the first to rush to welcome visitors.

Harley was a Red Star, a breed that’s been bred to lay hundreds of eggs each year—those large, brown factory-farmed eggs that the public has been led to believe are healthy (they’re not). As a result, Red Stars often die from complications caused by egg-laying within the first few years of their lives. Harley had likely never stepped foot outside a battery cage before being left to die—little wonder she was so brash. She was in molt when she was found, so her production would have slowed, which is probably why she was dumped.

Most people may be surprised to learn that red jungle fowl—the wild variety chickens have been bred from—naturally lay about 10 to 15 eggs a year. Red Star hens like Harley typically lay more than 300 in a single year, and the stress on their reproductive systems is often fatal. 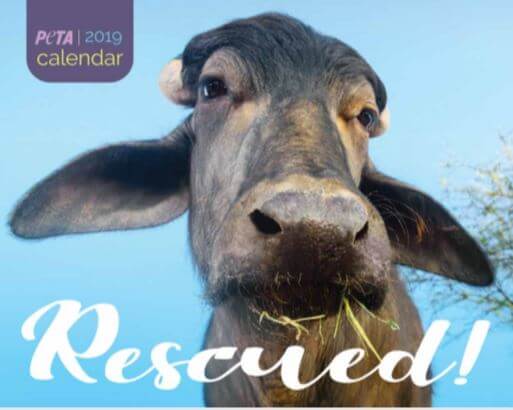 Harley lived happily with us for about five months before falling ill because of these very complications. X-rays showed that she had become egg-bound, having a broken egg inside her and an abnormally large, unshelled egg behind it. After spending a few days with the vet, she was able to pass the eggs, and we put her on a contraceptive to prevent her from laying so many. Over the next few months, she got her personality back and resumed her war on garden bugs, but her body never fully recovered. The next egg that she tried to lay ended her life. She was only about 2 years old. We’re thankful that we were able to help her enjoy the life that she had left, free from battery cages and in a loving home. And she won’t live on only in our hearts, because she’ll always be known as September’s poster child in the PETA 2019 “Rescued!” calendar. Join PETA to receive a copy, and please: Never eat eggs.