Two decades after an article in The Washington Post, titled “They Die Piece by Piece,” detailed the horrors animals faced in slaughterhouses and exposed federal officials’ paltry enforcement of the Humane Methods of Slaughter Act (HMSA), little has changed. The meat industry and the agency entrusted with regulating it continue to fail animals miserably. Clearly, the best way to prevent farmed animals from suffering is to leave meat off our plates.

The article’s headline quotes a slaughterhouse worker’s description of how still-conscious cattle were butchered in 2001. Today, the U.S. Department of Agriculture’s (USDA) own reports recount how cows and other animals still endure agonizing deaths. 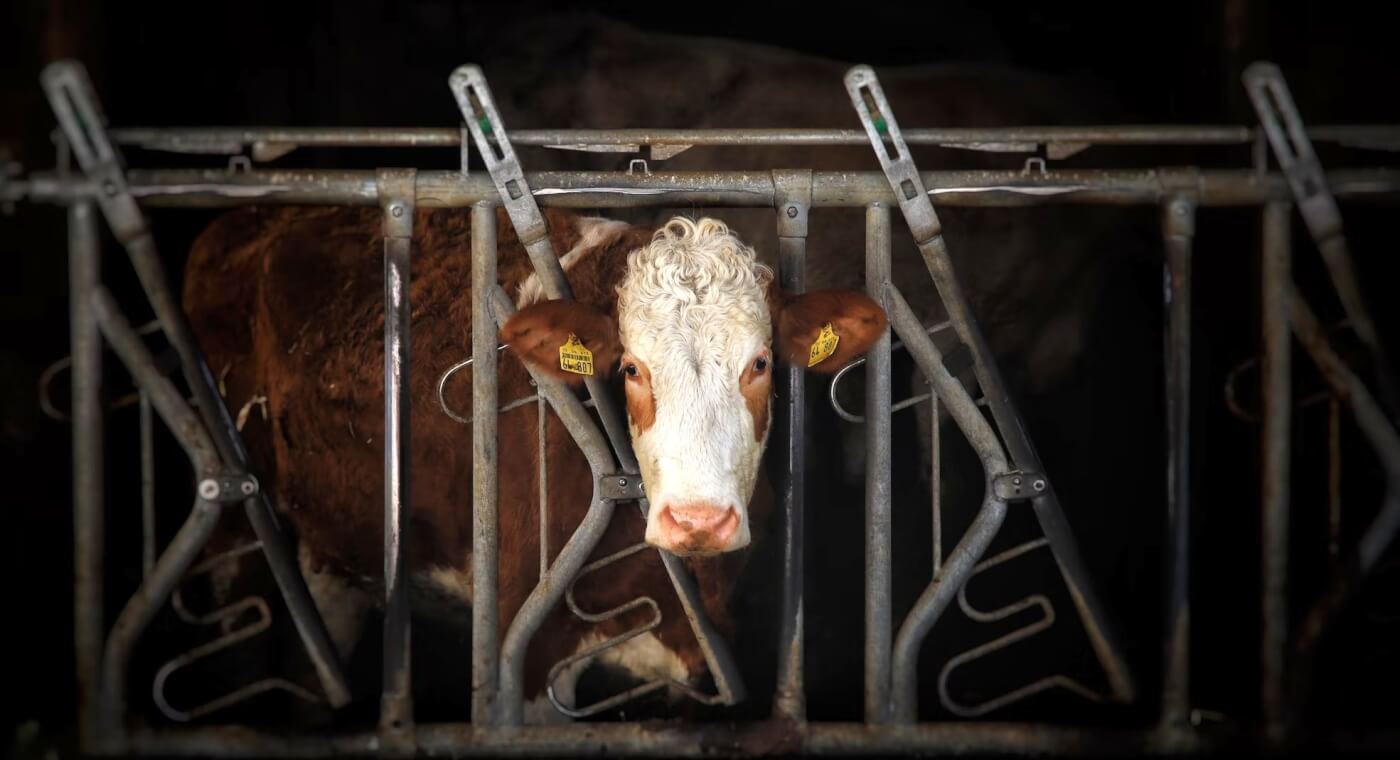 In Minnesota last December, workers shot a conscious cow in the head three times, slit her throat, cut into her and injected a chemical into the wounds. The cow clenched her teeth in pain until a rifle shot finally ended her suffering.

In Illinois in August 2021, a pig hanging upside down on the slaughter line was crying out after being put through a carcass-washing cabinet. A worker cut the conscious pig’s throat. Then the pig was plunged into a tank of scalding-hot water and thrashed and screamed before finally being shot.

Both slaughterhouses were allowed to resume killing animals a day after these incidents, having submitted some paperwork to the USDA to get its stamp of approval.

Meanwhile, the more than 9 billion chickens, turkeys and other birds slaughtered annually in the U.S. are not protected by the HMSA. No law requires that they even be stunned before their throats are cut. Birds are routinely drowned in scalding tanks.

At one slaughterhouse, workers left 25,867 chickens overnight on trailers in an open shed as the windchill plummeted to minus 32 degrees. More than 9,000 of the birds died, and many were frozen to metal cages. At another facility, more than 30,000 chickens were denied food and water for more than 24 hours, killing more than 1,600 birds.

But USDA leadership took no enforcement action in their behalf.

What The Washington Post reported three presidencies ago remains true: The USDA makes rare use of the serious sanctions at its disposal. Since 1978, HMSA violations have been punishable by imprisonment of up to one year and/or a fine of up to $1,000. However, the USDA has evidently never filed criminal charges against a licensed slaughterhouse.

As a result, one slaughterhouse in Pennsylvania continues to operate despite 20 violations of law since February 2018. In June 2019, workers there shot a conscious cow three times in the head. In January 2020, a cow who had been shot three times and was hanging on the slaughter line was crying out loudly and looking around. A worker ignored that and cut her throat.

In August 2020, another cow at the same facility endured three rifle shots to the head. Three months later, yet another cow was still standing and looking around after two blasts to the skull. In June 2021, the victim was a pig who remained standing after being shot between the eyes.

Business continues as usual at that slaughterhouse—with the USDA’s blessing—and at others where animals suffer and die in violation of the HMSA. Former USDA Supervisory Veterinary Medical Officer Lester Friedlander said in 2001 that violations were “out of control.” They still are. And chronic violators, emboldened by the agency’s toothless responses, have no reason to expect significant consequences.

Any hope that “humane slaughter” might be something other than an oxymoron should fade given the USDA’s abysmal failure to enforce the HMSA in meaningful ways. If you don’t want sensitive, intelligent animals to keep dying “piece by piece,” please stop eating them.

Dogs should never be left chained outside. Meet some of the ones PETA has helped recently.

Let’s Look at the Big Picture This World Vegan Month

This World Vegan Month is a good time to reflect on all the reasons to go vegan.

Experts agree with PETA: Cows abused by the dairy industry suffer even more than cows in the meat industry do....

Don’t Be Haunted by a Halloween Horror: Protect Your Animals This Season!

Every October, animals are sickened, injured and even killed due to accidents and intentional cruelty. Keep your animals safe this...