PETA President Ingrid Newkirk recently spoke to an enthusiastic audience at Houston’s Alley Theatre about how each person can and should be an unstoppable force for animals.

Before the evening was over, they got to meet four PETA award recipients who embody that unstoppable spirit.

Suzanne Hollifield was a senior officer with the Houston Police Department when PETA got a tip that a “crush video” cell was operating in the area. In these deplorable videos, someone mutilates and kills animals for viewers’ perverse sexual gratification. 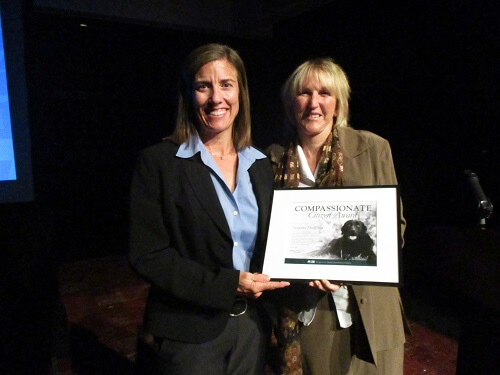 Hollifield helped PETA uncover and shut down a major international cell and—in the first-ever prosecution under a federal anti-crush video law—send the producer of the videos to jail for an unprecedented 50 years.

In presenting her with the Compassionate Citizen Award, Newkirk said that PETA “hit the jackpot” when Hollifield was assigned to the case.

Coming Through for a Friend

When you’re a teenager, it’s not easy to defy your peers. But Alena Hidalgo wasn’t going to stand on ceremony when it came to the pig she had named Gizmo. Alena, who raised and loved Gizmo, was horrified by the thought of selling him to be slaughtered—the final phase of her Future Farmers of America (FFA) program. 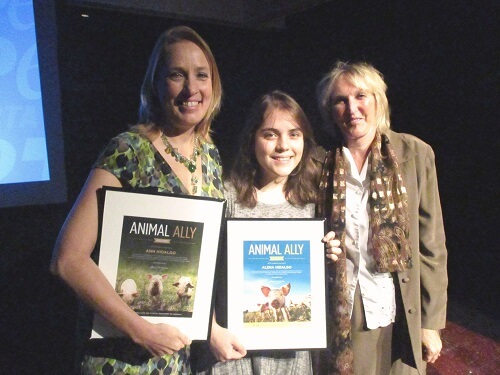 Instead, she spent weeks fighting for his life, finally persuading the school to let her send him to a sanctuary. Alena was criticized by the school and her classmates, but she could always count on the rock-solid support of her mom, Ann, who shared PETA’s Animal Ally Award with her daughter.

Alena, now 16, quit the FFA, and she and Ann have done the best thing that all of us can do to help animals—they’ve gone vegan.

Ready to Answer the Call

The Compassionate Activist Award was made for a guy like Jim Graham: He’s organized more than 100 protests at SeaWorld, and he also marshals other activists every time a circus comes to town, fosters homeless animals, and works to free the elephants at the San Antonio Zoo. 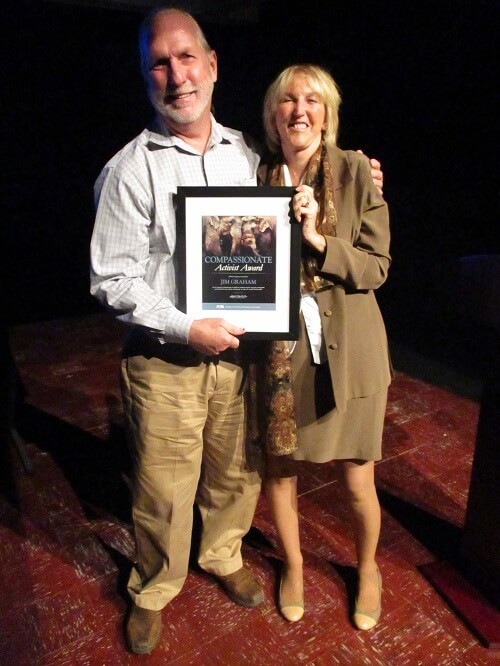 What does he do in his “spare” time? Jim’s the first to respond when a call comes into PETA’s 24-hour emergency hotline and our staff members need a volunteer to help animals in San Antonio. He also volunteers at a wildlife rehabilitation center, where he’s rescued more than 2,000 animals.

And to think that it all started when Jim took his kids to SeaWorld and realized immediately that animals don’t belong in captivity. Before he knew it, an unstoppable force for animals was born.

If you’re ready to be an unstoppable force for animals, too, you can get started here.