As seen in PETA’s current issue of Animal Times magazine, Neal Barnard, M.D., author of Power Foods for the Brain, answers your questions about nutrition and health.

Q: I know trans fats are unhealthy, but what’s the verdict on saturated fats?

Studies have also shown that eating foods high in saturated fat can raise your risk for cancer, obesity, diabetes, Alzheimer’s disease and other health problems.

For instance, the Harvard Nurses’ Health Study II, which involved more than 88,000 women, indicates that a diet high in animal fat greatly raises one’s risk for breast cancer. Another study, published in the International Journal of Cancer, suggests that the saturated fat found in dairy foods can raise men’s risk of death from prostate cancer. Diets high in saturated fats and sugar are also linked to gastrointestinal cancers, including cancers of the stomach and esophagus.

And that’s not all. Researchers have found that people who eat the most saturated and trans fats during midlife tend to have worse cognitive decline later in life.

No matter how old you are – or what gender – it’s best to avoid fatty animal-based foods and instead eat wholesome plant-based foods to increase your odds of living a long, healthy life. 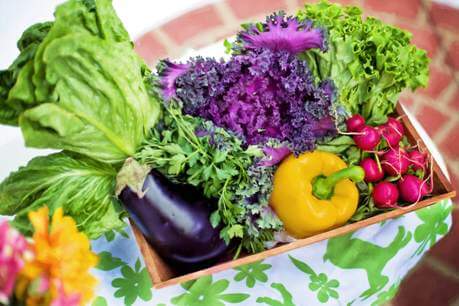