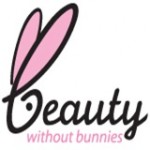 In a new development, the China Food and Drug Administration (CFDA) has made a decision that could allow some cosmetics companies to stop conducting cruel, archaic tests on animals and switch to modern, humane testing methods. The CFDA has given companies that manufacture cosmetics within China’s borders the go-ahead to submit their own data on their products’ toxicity to the government, rather than being forced to pay the government to conduct animal tests on their behalf. This means that companies may choose to use only in vitro (test tube) tests. Concerned that Chinese companies that are not yet familiar with the broad range of non-animal tests would continue to use the same old, cruel methods, PETA is going to continue to provide scientists from the Institute for In Vitro Sciences (IIVS) with funding to train Chinese scientists in non-animal testing methods.

This move by the CFDA is a step in the right direction. For now, products manufactured outside China as well as so-called “functional cosmetics,” such as anti-wrinkle cream, will still be subject to the animal-testing requirement, but PETA and the IIVS will continue to work to see that those tests are ended, too.

In North America, consumers are fortunate to have thousands of cruelty-free cosmetics products at our fingertips. And PETA’s list of cruelty-free companies makes it easy for us to vote with our dollars and tell companies that we prefer “beauty without bunnies.”