When I was about 7 years old, I asked my mother why we ate animals, since making meat out of them killed them. She said that they just died when they got old. I pushed this information to the back of my mind, but it rushed to the front one day at age 16. I bit into a poor chicken’s wing at KFC, and a blood vessel burst! Her bright-red blood ran down her wing.

That’s when it really hit home that meat came from an individual who’d had a heartbeat just like me. I didn’t know what a vegetarian was, but I instantly swore off eating flesh. Now that I’m a dad, I haven’t hidden the truth from my daughter, Marlowe. Not only is she vegan, she has also chosen to join me in activism urging everyone to stop eating animals. 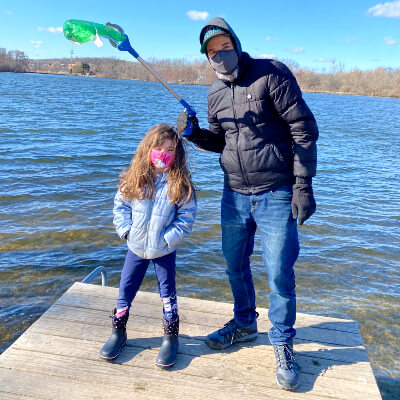 We love “fishing”—for trash. Fish are friends, not food.

Soon after the incident at KFC, I discovered the book Animal Liberation by Peter Singer. It logically articulated everything I’d begun thinking about human bigotry toward other species. In college, I started an animal rights group and distributed PETA literature, as well as using PETA props like a repurposed fur coat with “FUR IS DEAD” painted on the back. I made it my mission to be a walking billboard for animal liberation. For two years in a row, I kept a New Year’s resolution to wear a shirt with an animal rights message every time I was in public. 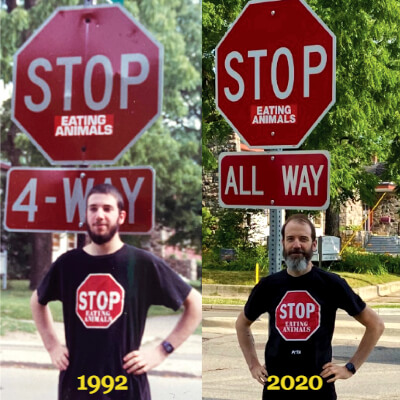 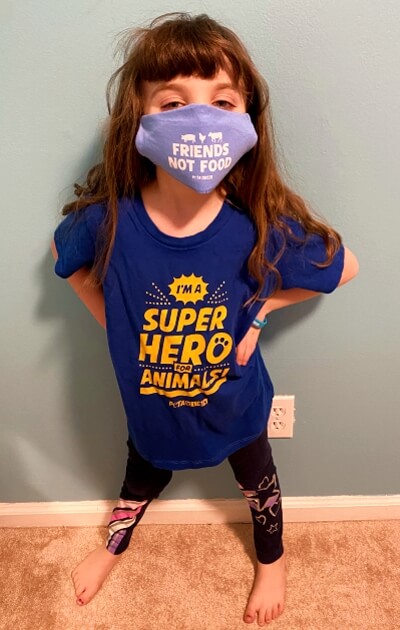 After graduation, I interned at PETA. The very first demonstration I attended was the now-iconic raid of Calvin Klein’s office in Manhattan. I played a “jail support” role for the staff who engaged in civil disobedience and got arrested to call attention to the plight of animals killed for fur. It worked: Calvin Klein ended fur sales, decades before many other holdouts. Another time, a friend and I were arrested in New York City for simply posting flyers for a vegan picnic! We spent an eye-opening night in jail.

When I got a full-time job in PETA’s Literature Department, I made the best friends of my life. Now I’m a director, and I love my job. My teammates and I share important animal stories with PETA supporters, and our communications generate hundreds of thousands of actions. I’m so proud of what PETA members have achieved, including getting snake and crocodile skins banned at Tommy Hilfiger and Calvin Klein; pushing GUESS, Gap, and others to stop selling angora wool; and persuading Asia’s largest food company, Uni-President Enterprises Corporation, to ban tests on animals. 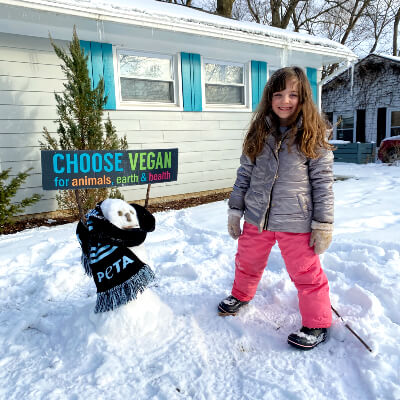 The Most Important Word in the English Language: Vegan

Showing people that you’re vegan, and why, is a powerful and effective way to end speciesism. I make custom vegan hats, car magnets, stickers, pins—you name it—to try to break through people’s cognitive dissonance regarding “loving” animals yet continuing to eat and wear them. That’s why I also leave PETA’s vegan starter kits in shopping carts to plant the seed of compassion as people make life-or-death decisions in the aisles. The only way I know how to make sense of my life in this world full of cruelty is to do my best to stop as much of it as I possibly can. If I can help you do so, too, I’m here for you!

Jeff Zick is the PETA Foundation’s Director of Response Fundraising.