It was a tough job sifting through tons of enticing entries—but with your help, we narrowed the field in both the male and female categories and picked the finest of the finalists. Let’s meet our winners: 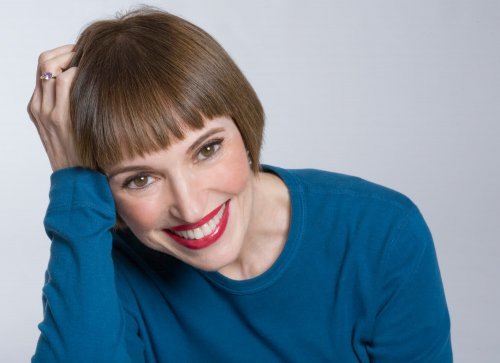 Victoria Moran, who is 66, has been a vegan for 32 years. She went vegetarian at age 19 and eventually went vegan for ethical reasons and because she wanted to raise her daughter vegan. She also credits her decision to switch to a completely plant-based lifestyle with helping her recover from an eating disorder. As she sees it, recovering from binge eating saved her life so that she could save the lives of animals. And she has been doing just that ever since.

An accomplished author, Victoria has written a book titled Main Street Vegan and is in the process of co-writing a cookbook with JL Fields, A Coach in Your Kitchen. She also speaks at vegan festivals and other events; is helping filmmaker Thomas Jackson on his new documentary, The Compassion Project, which encourages people who identify as religious or spiritual to go vegan; and partnered with her husband, William Melton, to write Miss Liberty, a feature film about a cow who escapes from a slaughterhouse.

When she has extra time, she enjoys helping her daughter—who is, among other things, a licensed wildlife rehabilitator—feed baby squirrels, opossums, and rabbits she cares for until they can be released. She claims that her rescued dog, Forbes, reminds her every day that “every being is an individual, with interests and worth, and a life of his/her own.” She is proud to have won this contest and looks at it as another way to show that “a vegan lifestyle is the clearest path to vibrancy and vitality at any age.” 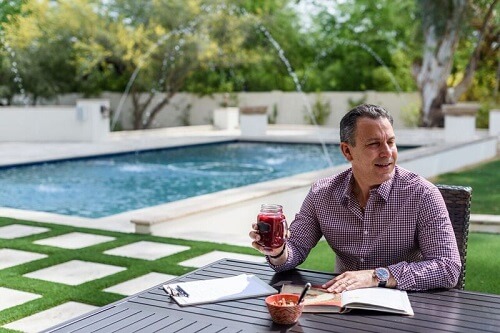 Joel Kahn, 57, who has been a vegan for 40 years, not only is a practicing cardiologist but also runs a vegan eatery called GreenSpace Café in Ferndale, Michigan, with Daniel, one of his three kids, and Karen, his wife of over 35 years. John Robbins’ Diet for a New America inspired him to go vegan, and Dr. Dean Ornish’s article about how a vegan diet can reverse heart disease inspired him to teach his patients about the benefits of eating plant-based foods.

Joel regularly speaks at many local events, including VegMichigan.org’s annual VegFest and other vegan festivals events across the country—proudly wearing his Kat Mendenhall vegan cowboy boots and mentioning animal rights in all his talks.

He has appeared on billboards across Detroit calling on people to adopt a vegan diet in order to avoid or help beat heart disease, cancer, and diabetes. He also writes for The Huffington Post, MindBodyGreen.com, 22 Days Nutrition, and other sites every week and is working on a new book about the health benefits of a vegan lifestyle—his fourth book to date.

Always one to speak up for animals, Joel—who is a professor at Wayne State University School of Medicine in Detroit—joined the Physicians Committee for Responsible Medicine to protest the school’s cruel experiments on beagles that have been going on for 20 years.

Somehow, this always-on-the-go vegan still finds time to work out in a gym almost every day, relax in his infrared sauna, kayak every day in the summer, and spend time with his family and two rescued dogs. He’s grateful for the vegan community, PETA, and leaders such as John Salley, Pamela Anderson, and others who work hard for the rights of animals to live free and without pain. He vows never to stop in his quest to “spread the green message.” And his favorite phrase (in Sanskrit) is lokah samastah sukhino bhavantu, which means, “May all beings be happy and free.”

Like our past winners, our 2016 ones deserve congratulations and plenty of praise. As a reward for being named this year’s Sexiest Vegan Over 50, both Victoria and Joel will receive a gorgeous gift basket filled with some of our favorite goodies from the PETA Catalog.

Please share this blog post on social media and urge qualified friends and family to enter the contest next year. We look forward to seeing even more of you enter next year!