Imagine that a group of strangers knocks down your front door at random and kidnaps you and your family. Not only have they invaded your home, they also have plans to use your hair for a coat, your skin for their shoes, and whatever else they choose for living-room decorations. While this gruesome scenario is disturbing and difficult to imagine happening to us Homo sapiens, it’s an everyday reality for fur-bearing animals.

No need to take notes from fictional law professor Annalise Keating—the fur industry gets away with murder every single day. Whether it came from an animal on a fur farm or one who was  trapped in the wild, every fur coat, knickknack, and fur lining caused an animal horrendous suffering and took away a life. That is the horrible truth about the fur industry.

The History of Wearing Fur

So, whose idea was it to associate animal skins with “luxury”? As early as the 11th century, fur became a symbol of wealth and social status rather than something truly needed for warmth. European royalty wore fur coats, fur capes, and fur accessories on a regular basis, including mink, sable, and chinchilla fur. By the 1300s, fur became such a hot commodity that laws were introduced to regulate which social classes were allowed to wear which types of it. As a result, the late Victorian era witnessed an unwholesome rise in demand for mink furs and exotic leathers. In the process, every animal imaginable was skinned for fur, including badgers, skunks, wolves, polecats, squirrels, musk oxen, monkeys, raccoons, wombats, wallabies, tigers, leopards, and even hamsters and domestic cats. 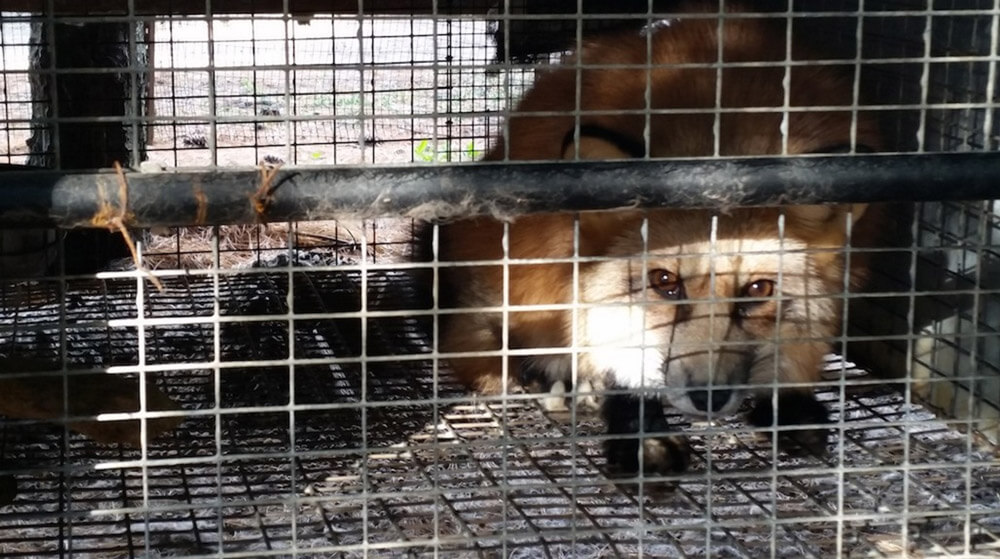 In the last century, more and more compassionate people have come to realize the detrimental effects of the fur industry on animals and the environment. Animal advocates, vegans, and environmentalists began organizing, and PETA has launched effective, hard-hitting campaigns against the fashion industry’s use of animal skins.

Fur production has always involved cruelty to animals, not to mention environmentally harmful processes. Eighty-five percent of the fur industry’s skins come from animals living captive on fur factory farms can hold thousands of animals. Like other factory farms, they’re designed to maximize profits—with virtually no regard for the environment or animals’ well-being. 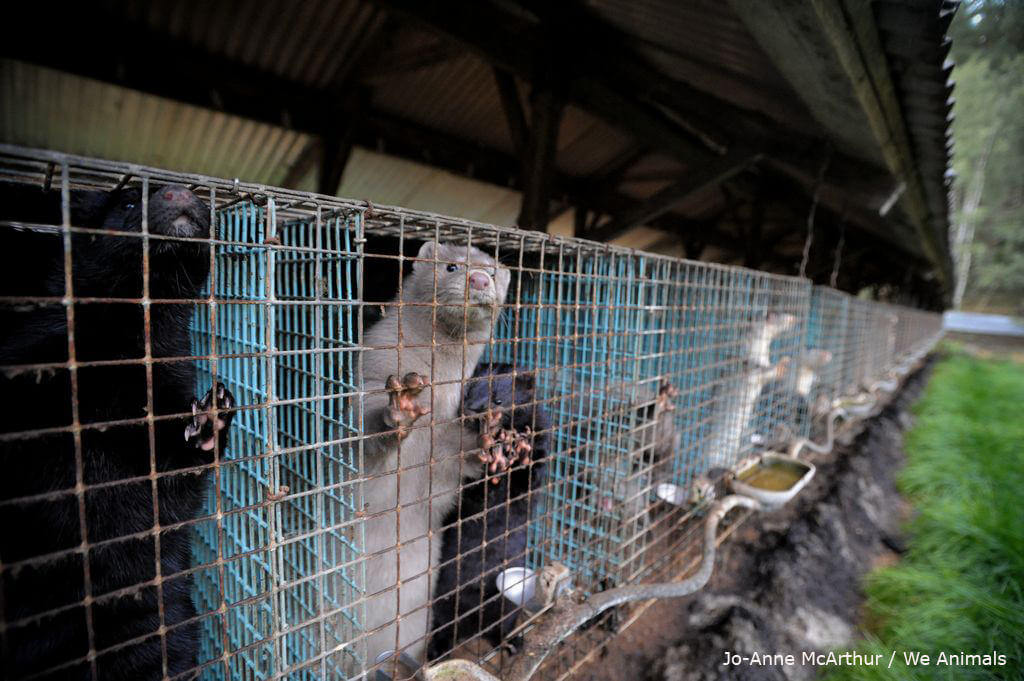 Each mink skinned by fur farmers produces about 44 pounds of feces during his or her lifetime. That adds up to 1 million pounds of feces produced annually by U.S. mink farms alone. One dangerous component of all this waste is the nearly 1,000 tons of phosphorus, which wreaks havoc on rivers and streams. Fur’s continued presence in the “luxury” market simply doesn’t mesh with the current emphasis on social and ecological awareness.

The number of animals who suffer in the skins industry annually is appalling, and the conditions in which they’re kept are even worse. Animals on fur farms spend their entire lives pacing the tiny floor of a wire cage. Many go insane from the extreme deprivation. A PETA investigation of a massive fur farm in Wisconsin—the nation’s top mink-producing state—revealed that thousands of minks and scores of foxes were kept in rows of filthy, wire-floored cages until they were slaughtered.

One-third of all fur sold in the U.S. comes from animals killed in steel-jaw traps. Those who are trapped in the wild can suffer for days from blood loss, shock, dehydration, frostbite, gangrene, and attacks by predators.

China, which confines an estimated 25 million foxes to fur farms, is the source of 90 percent of the world’s angora. One billion rabbits are killed each year so that their fur can be used in clothing or for lures in fly fishing or trim on craft items.

Unfortunately, there are no penalties for animal abuse on farms in China and some other countries and no standards to regulate the treatment of animals. Is subjecting countless animals a year to a lifetime of suffering really worth the so-called luxury of mink throws, fur coats, and leather couches? 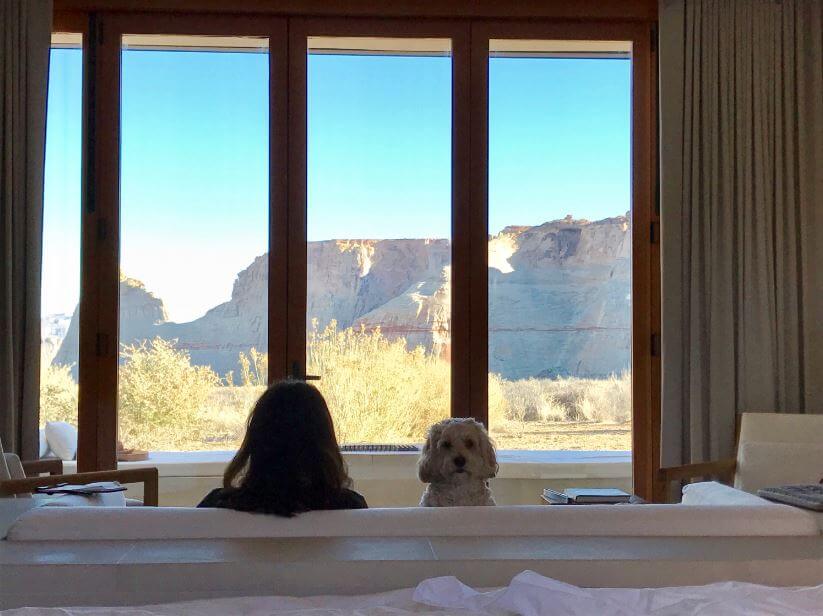 The good news is that more and more retailers and designers are adopting fur-free policies. Top fashion retailers, from Stella McCartney and H&M to Zara and Helly Hansen, have made commitments to promoting cruelty-free fashion. If you’re concerned about making a difference, there are many ways to contribute to the cause—one is simply to wear vegan.

First introduced in 1929, faux fur has allowed fur-lovers with a conscience to indulge without sacrificing animal lives. It’s typically made from polymeric fibers that are processed, dyed, and cut to match a specific fur texture and color. Today’s faux furs are nearly indistinguishable from the animal furs that they imitate.

There is simply no reason to harm animals for fashion!

Deborah DiMare is the founder of the ultra-luxury vegan interior design firm DiMare Design (www.DiMareDesign.com) and of VeganDesign.org (www.VeganDesign.org), an online certification course that raises awareness of and offers information about vegan, cruelty-free materials. She’s a leader in vegan and wellness/healthy design as well as a PETA advocate. She’s passionate about animal rights, has been a featured designer on TLC, and has appeared on The Today Show. She lectures and writes articles about humane and wellness design. 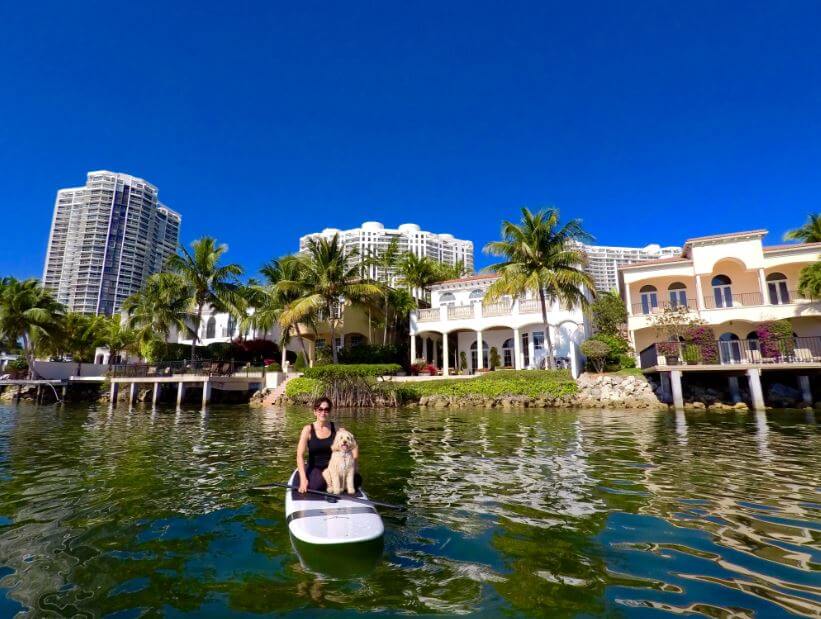