Tilikum—the orca who was the subject of Blackfish, the damning documentary about SeaWorld—is dead. Death is likely the only peace he has known in more than three decades. We must make sure that he is the last orca to perish in a SeaWorld tank. 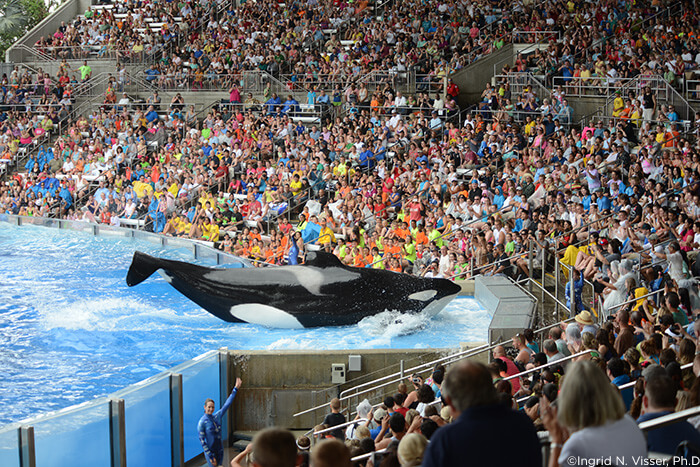 Wild orcas live in stable, nurturing, social family pods. They work cooperatively, circling schools of herring, for example, to force them to the surface and then taking turns eating. Captive orcas live in grotesquely unnatural conditions and are prevented from engaging in the fundamental kinds of behavior most important to them: diving to great depths, hunting and catching their own meals, and swimming vast distances with their families every day. As of December 2016, there were more than 50 orcas suffering in captivity at a dozen marine parks around the world.

Even though every performing orca at SeaWorld is called “Shamu,” they aren’t interchangeable. The species is made up of many different social groups, or clans. Each community shares ancestry, culture and distinct dialects (one description of their language calls it “as different as Greek and Russian”). Researchers believe that these disparate groups don’t interact in the wild, even though their ranges sometimes overlap. Even their food preferences differ. As Howard Garrett, cofounder of the Orca Network, puts it, “They depend on their society and live accordingly by old traditions.”

But in captivity, individuals from different social groups are often housed together, which—coupled with the lack of space—can lead to aggression and fights. There’s no way to escape from a conflict in a tank. Nearly all captive orcas are scarred with “rake marks,” which are lesions—often deep—on their skin inflicted by the teeth of another animal during an attack. Tilikum himself was frequently cut, rammed and raked, after which he was regularly placed in total isolation.

Being confined to an oversized fish bowl causes orcas to lose their minds. They destroy their teeth by chewing on the steel divider bars of the tank or eating paint off the walls. Sometimes they decide “enough” and lash out—with tragic results—as Tilikum did on three occasions. Because of the tremendous stress and frustration caused by life in captivity, many facilities drug orcas with diazepam (valium) or other psychoactive drugs in an attempt to manage their aggressive behavior.

Public opposition to marine-mammal captivity is growing rapidly, and unless facilities that have long exploited animals for profit recognize that their business model is dead, they are doomed.

Sea sanctuaries—large, protected ocean coves—would allow orcas greater freedom of movement; the ability to see, sense and communicate with their wild cousins and other ocean animals; and the opportunity to feel the tides and waves and engage in the forms of behavior that define who they are. Captive orcas could make the transition to these safe harbors gradually and be closely monitored. Visitors would be able to observe from viewing platforms and learn more about their natural behavior. It is even possible that wild-caught orcas, including Katina, Kasatka, Ulises, Morgan and Corky, could be rehabilitated and returned to their rightful homes and families. 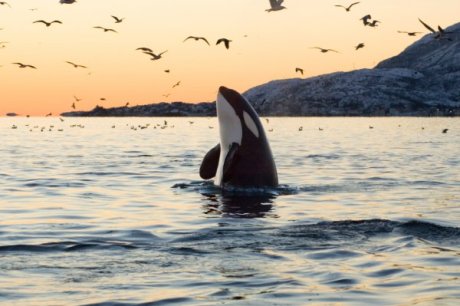 Tilikum is dead. His life was filled with misery, deprivation and loss. We cannot in good conscience sentence one more orca to the same wretched fate.

John Di Leonardo is an anthrozoologist and a campaigner for animals in the entertainment industry with People for the Ethical Treatment of Animals (PETA),