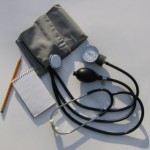 Newsflash! A recent Centers for Disease Control and Prevention report indicates that hundreds of thousands of people could be saved from heart disease if they just made simple lifestyle changes.

Oh, wait … did I say it was a newsflash? Actually, it’s the same thing that PETA has been saying for more than three decades. Hmm. Well the “news” made USA Today and other popular papers. Reporters are telling people that “commonsense measures,” such as eating healthy, exercising, and quitting smoking, could slash the number of cardiovascular fatalities in America each year by 25 percent.

Well, hey, I guess you can’t repeat potentially lifesaving tips too often. You never know when it will be the day that someone is willing to listen.

And there are some “new” headlines, I suppose. Heart disease deaths are on the decline in the U.S.—even though they’re still way higher than they should be. The news that more consumers than ever are investigating healthy vegan eating has to be more than a coincidence, I’d imagine.

If it were a race, I might put my money on the molasses, but it’s still a start. Seriously, we can do better.

It’s pretty easy to prevent heart disease—even if you live in a southern state, where people seem to be more susceptible to heart disease. I, for one, live in Sarasota, Florida, but I’m not all that worried about heart disease because I’ve been vegan for more than 20 years.

So why haven’t more people taken this info to heart and switched to a tasty plant-based diet?

Beats me. And I’m not the only one who’s a bit baffled. Dr. Charles Attwood has pointed out that if people were being run down by trucks at the same rate that they’re dying from heart attacks induced by unhealthy, animal-based foods, drastic steps would have been taken.

Fortunately, we don’t need to take drastic steps to prevent (or reverse) heart disease—just those commonsense measures. Here’s a little checklist in case you forgot:

It’s not rocket science—it’s common sense. My bill is in the mail.