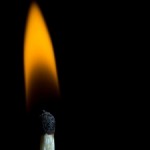 Eating meat has long been linked to heart disease (in addition to an array of other ailments), but new research suggests that eating meat may also be linked to the serious complications that can accompany chronic heartburn.

A recent study of people aged 40 to 80 found that patients who ate the most meat and saturated fats had the highest risk of developing Barrett’s esophagus,  a condition in which the tissue lining the esophagus is replaced by tissue that is similar to the intestinal lining. Barrett’s esophagus is a complication of gastroesophageal reflux disease (GERD), and it increases the risk of developing esophageal adenocarcinoma—a potentially fatal cancer of the esophagus.

According to researcher Li Jiao, M.D., Ph.D., “[advanced glycation end-products] and proinflammatory and pro-oxidant compounds found in meats may partially explain such an association.” Meat is also loaded with saturated fat, making it doubly dangerous for people who are at risk of developing Barrett’s esophagus.

In contrast, a previous study has suggested that eating vegetables—specifically, dark green ones—is inversely associated with the risk of developing Barrett’s esophagus. Says Jiao, “These two studies should prompt clinicians to advise their patients with GERD [to follow] a prudent diet that includes more consumption of leafy vegetables and less meats and fats.”

That’s good advice for all of us to follow.

So rather than reaching for another antacid tablet, try one of these bundles of leafy green goodness to help you keep acid reflux complications at bay:

• Broccoli and Tofu in Garlic Sauce