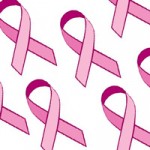 There’s nothing wrong with your vision. Everything has a pink hue because it’s National Breast Cancer Awareness Month, and many companies are going overboard with pink products. Most of them mean well, of course, but some are just pinkwashing – acting like breast cancer crusaders, even though they peddle products that contribute to the disease. In early October, for example, Smithfield Foods and other businesses sponsored a bacon festival in honor of breast cancer month. The logo featured a strip of bacon in the shape of a pink ribbon – because nothing says “breast cancer awareness” like saturated fat and concentrated protein.

Companies such as Smithfield and KFC – which took heat for once selling its chicken in pink buckets to “support” Susan G. Komen for the Cure – aren’t just hurting animals. They’re causing people to suffer as well. If we want to ward off breast cancer and save animals and the environment, too, we must see pinkwashing efforts for what they really are – and opt for vegan foods instead of animal-based ones.

The saturated fat, excess protein, hormones and other harmful substances found in animal-based foods raise a person’s risk for breast cancer. A study involving more than 900,000 women indicates that women who eat more than one and a half servings of beef, lamb or pork a day in their 20s, 30s and 40s are twice as likely to develop breast cancer as women who eat less than three servings of meat a week.

One serving of beef is about the size of a deck of cards. Two slices of Canadian bacon or three strips of regular bacon count as one serving of pork. A serving isn’t much meat, but it’s much more than we need, and many Americans eat more than two servings – 7.5 ounces of meat or more – every day.

A recently released study from the University of Hawaii Cancer Center in Honolulu suggests that premenopausal women who eat higher amounts of meat have higher levels of serum estrogen, a female sex hormone that boosts the risk for breast cancer.

Dairy products, which reportedly account for 60 percent to 80 percent of the estrogens that many women consume, also accelerate the growth of cancer cells. According to Dr. Jane A. Plant, a British scientist, cancer survivor and author of “The No-Dairy Breast Cancer Prevention Program,” “Undoubtedly, the best anti-cancer diet would be to go completely vegan.”

Wholesome plant-based foods are generally low in saturated fat and rich in fiber and cancer-fighting phytochemicals. The American Cancer Society not only encourages people to eat healthy plant foods but also states that soy foods can reduce your risk for breast cancer.

Anne McTiernan, a researcher with the Fred Hutchinson Cancer Research Center in Seattle, says that women can prevent breast cancer by exercising and maintaining a healthy weight. Research shows that the average vegan is 18 percent leaner than his or her meat-eating counterpart and that vegans are 40 percent less likely to develop cancer.

Continuing to eat unhealthy foods – even if those foods do come in pretty pink packages – and hoping to beat cancer at the same time is folly. So whenever you see pink this month, consider it a reminder to “eat green.” If you want to buy something pink, opt for Pink Lady apples, pink grapefruit, pink rhubarb or other pink produce. After all, October isn’t just National Breast Cancer Awareness Month. It’s also Vegetarian Awareness Month.