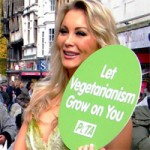 Google the phrase “extreme vegan” or any combination including those words, and you’ll discover some strikingly different opinions. There are those who jump at the chance to point out the “flaws” of a vegan lifestyle and the choice to eat plants instead of animals. Let’s examine a few of those viewpoints and try to differentiate opinion and supposition from facts and logical arguments.

“Isn’t killing a plant the same as killing an animal?”

At the root of this argument is the idea that all living organisms, plants included, must have the ability to feel pain. Some argue that plants have a life cycle like those of other living beings: They grow from a younger stage of life, use outside sources to obtain nutrients, and reproduce. However, examining the basic differences in how they react to the environment, as opposed to humans and animals, highlights why the argument falls flat.

Plants are stationary: Once a tree is rooted in the ground, it does not ordinarily move from place to place, save for outside influence from humans or natural disasters. A carrot does not have the opportunity to move to a better locale. Humans and animals, though, do—and for a very important reason. Humans and animals are adapted to interpret dangerous situations and have the ability to flee from it, whether it’s from a living threat or from an environmental one. We flee to avoid harm and the pain that comes with it. In contrast, plants don’t have the ability to move when a forest fire rages through an environment. Some plants actually need such disasters to reproduce. It would seem counterintuitive for plants to have the ability to feel pain yet be unable to avoid it. They lack the ability both to experience and avoid pain.

Plants are also dissimilar from humans and animals in that they have the ability to regenerate completely from injuries that would kill one of us. Sure, some animals can regenerate parts of themselves—lizards, starfish, flatworms—but as a general rule, if you cut a creature into pieces, it doesn’t come back. Ever see a chicken grow from a piece of thigh meat? Anyone who has ever had a yard or garden knows that weeds never seem to die. You can pull and cut and poison them, and they have the ability to come back time and time again. Even food plants do this, such as fruit trees, herbs, and mushrooms. Tubers (potatoes and other root veggies) can be re-grown by cutting the root into pieces and replanting. The presence of nerves, blood vessels, and such isn’t conducive to this ability. If it were, no one would be paralyzed from injuries to the spinal cord or other nervous tissue.

“Vegan diets are boring” or “Vegans can’t eat anything that tastes good!”

Ever eaten an Oreo? Guess what! You’ve had vegan food. We at PETA call them “accidentally vegan.” Basically, any food that you can think of can be made vegan-friendly. Tofu, banana, or seltzer can be used as an egg-replacer, and flax oil or coconut oil can replace butter in recipes.

Of course, just because there are accidentally vegan junk foods doesn’t mean that a diet full of them is inherently good for you. These type of foods are a nice treat but should never be a substitute for the wonderful bounty of natural and healthy fruits, veggies, nuts, and other food provided by Mother Nature.

There are plenty of other “extreme” myths about vegans and a vegan lifestyle, most of which are countered by solid scientific evidence to the contrary. Take the time to explore and research these myths and search for the facts. Knowledge is power, and separating fact from fiction is a great way to spread the word—and truth—about choosing to go vegan.

This article was written by Sarah Kobel Marquette.